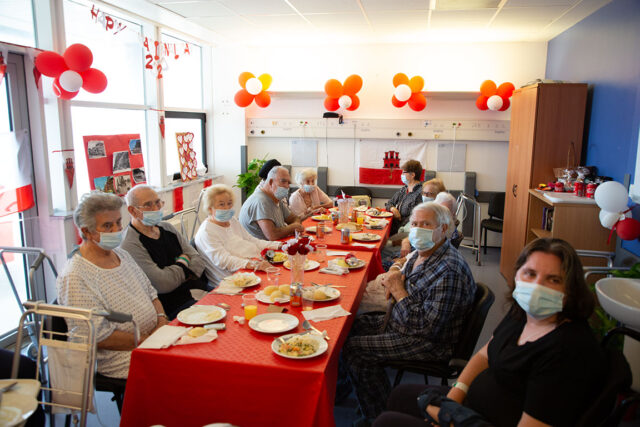 February 6 is celebrated as Waitangi Day. It is the national day of New Zealand, and close to the heart of every Kiwi regardless of where in the world they live. The annual celebrations are loud and colorful. Here is a look at how it will be this year amid restrictions.

Maori are the aboriginal inhabitants of New Zealand. In the mid 19th century nearly 125,000 Maori lived in New Zealand. Traders from all around the world came to the island. Many settled here. With the number of foreigners on the rise lawlessness increased. The Maori were often discriminated against. They became fearful of being driven out of their own lands.

On February 6, 1840 the treaty of Waitangi was signed between the British Crown and the Maori. 43 Northland Chiefs and more than 500 Maori came to Waitangi, located in the Bay of Islands, to sign the treaty. It stated that New Zealand will be governed only by the British Crown. The Maori would enjoy complete ownership over their lands, and can only sell them to the British Monarch. This treaty is the founding document of the island nation. Under the treaty the Maori enjoy the same rights as British citizens in New Zealand. The day was first celebrated in 1934 and has been celebrated as New Zealand Day since 1974.

The festivities at Waitangi start a day earlier on February 5. Foreign dignitaries visit Te Tii Waitangi Marae on the banks of the Waitangi River, in the Bay of Islands. A marae is a sacred place in Polynesian society where religious and social events are organized. Maori chiefs and the country’s politicians give speeches, followed by cultural programs.

The events of February 6 start with flag hoisting by the Royal New Zealand Navy. Then there is a church service, cultural events, dance, and music. The day ends when the hoisted flags are lowered by the Navy in a traditional ceremony.

In New Zealand a canoe is called Waka. It is a symbol of Maori culture and heritage. The largest Waka in the world is the Ngatokimatawhaorua. It is 35.7 m long and 2 m wide. It was built in 1940 by the Waikato tribes to celebrate the centenary of the Treaty. Every year it is launched from Hobson’s beach in a traditional celebration.

The Rest of New Zealand

There are grand celebrations throughout the nation. Ohaku Bay of Auckland features cultural performances, Kai and Maori food, flying kites, music, and the kapa-haka (a traditional dance form of the Maori tribes). By night the Auckland Harbour Bridge is lit up with 90,000 LED lights featuring Maori imagery. An evening light and sound event takes place throughout the weekend. Wellington marks the day in Waitangi Park with similar activities as Auckland.

Waitangi Day in the UK

The UK is home to the largest expat Kiwi population. 60,000 New Zealanders live and work in the UK. Many of them send international money transfers to support their families back home with remittances. The official celebrations in the UK include the annual Waitangi Day Charity Ball. It is organized by the New Zealand Society in the UK. The focus of this Ball is to collect funds for the welfare of Kiwis in the UK. Another popular event is the Pub Crawl. Kiwis throughout London gather at Paddington in traditional attire. They raise toasts at 9 designated pubs at Broad Sanctuary. The Pub Crawl ends at Parliament Square in Westminster, fittingly with a kapa-haka.

Waitangi in New Zealand Amid COVID-19

Earlier in January new COVID-19 cases were confirmed in New Zealand. The entire country was placed on COVID-19 Alert Level 1. Contact tracing, social distancing, safety, and vigilance are the immediate priorities. Yet, public gatherings are officially not banned. The Wellington City Council stated in a press release that, “Our national day Te Rā o Waitangi will be commemorated with kai, kapa haka and waiata for the whole whānau to enjoy on Saturday 6 February.” Waiata is a Maori song and Whanau means (extended) family. It looks like the celebrations in NZ are very much on track.

Mutations and a new spike in COVID-19 cases in the UK have driven people back into homes. Safety and health are the priority. On January 4 the BBC reported that leaving the house without a reasonable excuse can attract a fine of GBP 200. It doubles for every subsequent infraction up to GBP 6,400. This effectively terminates the possibility of having the Waitangi Ball. All pubs and restaurants will stay closed. Celebrations this year may not be as social or boisterous as we would like. For Kiwis in the UK, toasting and kapa-haka will have to wait for now.

Hemant G is a contributing writer at Sparkwebs LLC, a Digital and Content Marketing Agency. When he’s not writing, he loves to travel, scuba dive, and watch documentaries.